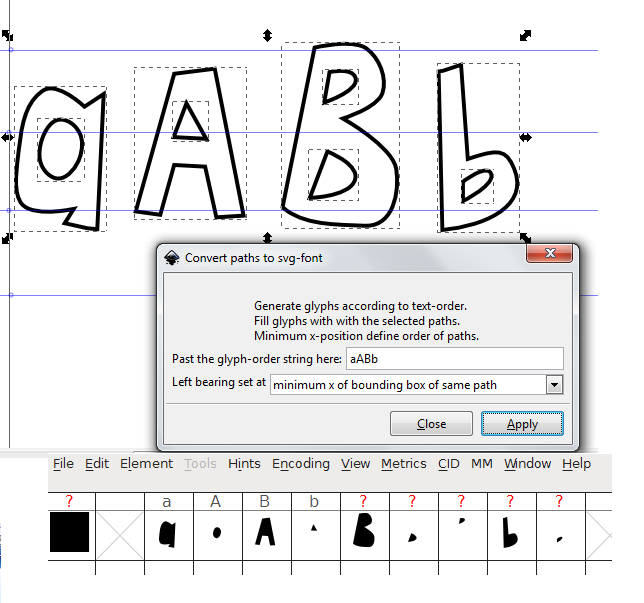 I have made this post to explain one issue with the convertToSvgFont-extension. In the image above I have some paths defining the glyphs aABb. The image demonstrate what happens if I don’t combine (Ctrl+K) all paths belonging to one glyph. All paths end up in separate glyphs. When I select all paths I can see the bounding boxes (dotted lines). Each bounding box will be sorted by its minimum x position and placed as a path into the glyphs in the text-string. The FontForge print screen is shown and we have clearly got the wrong thing. Both outer and inner paths is regarded as separate glyphs.
Now we try something smarter: Combining (Ctrl+K) all paths belonging to one glyph. Now when we select all paths only four bounding boxes is visible and we have four glyphs defined correctly in FontForge. 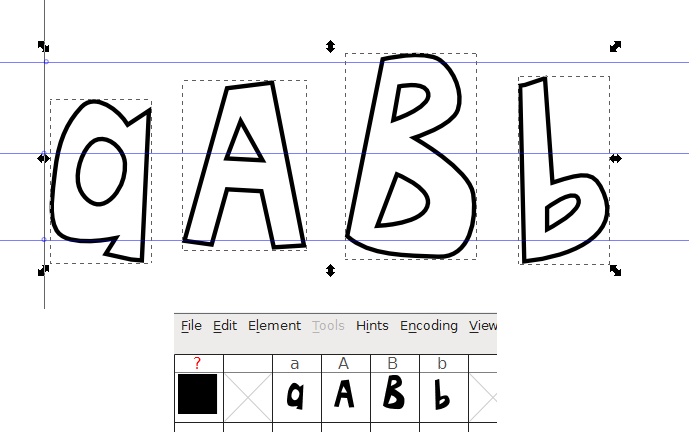