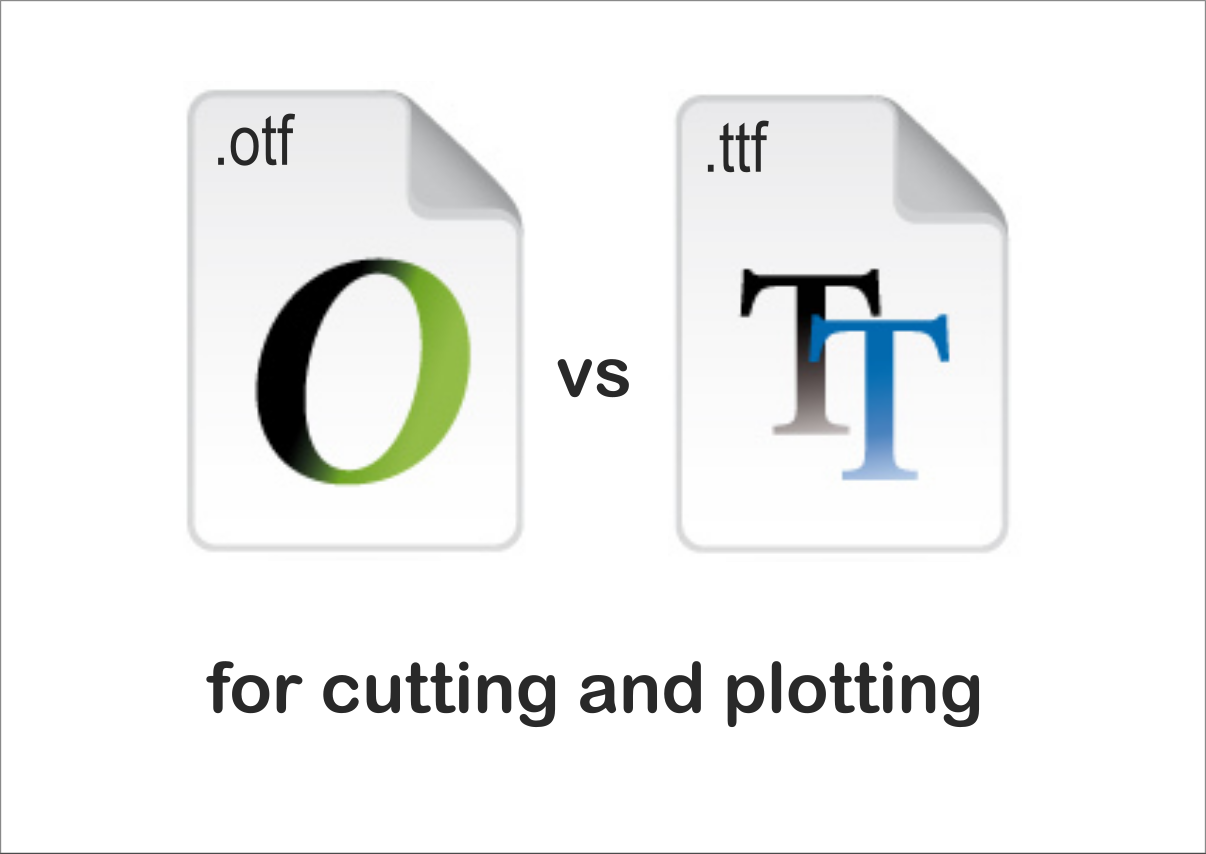 After finishing the remove duplicate lines extension for Inkscape I have been exploring the possibilities to convert stickfonts and use them as single line fonts / singel stroke fonts / engraving fonts. I have learned that I prefer the OTF format when creating stickfonts and for fonts used with cutting machines in general. I’ll show you why. I’ve also put the differences into the automation script I use in FontForge.

Most software accept both True Type fonts (TTF) and Open Type fonts (OTF). The OTF format is newer, but what are the differences when generating the fonts? How do thay behave when it comes to using these for cutters and plotters?

TTF and OTF expect different em size – no consequence other than specifying it correctly and scaling the outlines. FontForge will warn you if this is not as expected and that it might get rendered wrong in some softwares.

Quadratic splines is regarded as less accurate f.x. for circles, but most important for cutters and plotters – that conversion to quadratic Bézier splines for the TTF font will generate more nodes for all curves. More nodes is slowing down my cutting machine. TTF also save all numbers as integers which also contribute to inaccuracies.

Also – generating stickfonts as OTF will provide a better option in Inkscape for the purpose of converting from double to single line font (or paths) by the use of remove duplicate lines extension. OTF is keeping the cubic splines as is and thus the nodes are still overlapping after converting text to path. When genereting a TTF font, the cubic splines are converted to quadratic curves and the line segments with high curvature will no longer match for the two overlapping paths. That will cause the remove duplicate lines extension to miss those parts. Removing duplicate lines from the OTF stickfont will also be quicker due to the fewer number of nodes to evaluate.

2 thoughts on “Stickfonts – TTF or OTF?”