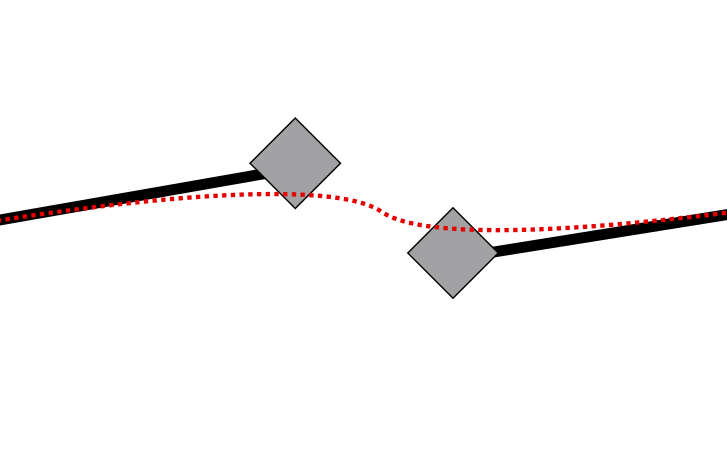 I use Inkscape when designing for my cutting machine. Sometimes there will be a need to clean up the paths for excessive duplicate nodes or join splitted paths. Other inkscape extensions have solved this for real duplicate nodes, but often the duplicates are not exacly the same coordinate and a tolerance is needed. The simplify option in Inkscape might help, but often it ruins the design or do not do what I need it to. So I have written an Inkscape extension that clean up my nodes the way I want it to.

You can specify a tolerance for how close the nodes should be to regard them as duplicates. This allow for removing close-to-duplicate nodes . Also use this to reduce the amount of nodes, but for that purpose you might be better off with the built in Simplify tool.

Specify a tolerance for how close the end nodes of a path should be to regard it as a closed path. The nodes will be interpolated and the path will be closed. This will operate on each subpath separately if your path is combined of multiple subpaths (Ctrl+ K).

If your path is combined of multiple subpaths (Ctrl+ K) these subpaths can be joined if the end nodes are closer than a specified tolerance. You can join by adding a straight line (sure not to ruin the rest of the design) or by interpolating the end nodes (smoother join). The algorithm will start with the first subpath, find the minimum distance to all other end nodes and join if closer than the tolerance. You may allow for reversing paths.

If you want to join separate paths, make sure to combine these first (select them and Ctrl + K). Select the paths for which you want to clean up nodes. Select Extensions > Cutlings > Remove duplicate nodes… Set your selections and tolerances. Apply (or Live preview to watch what will happen while playing with the settings).