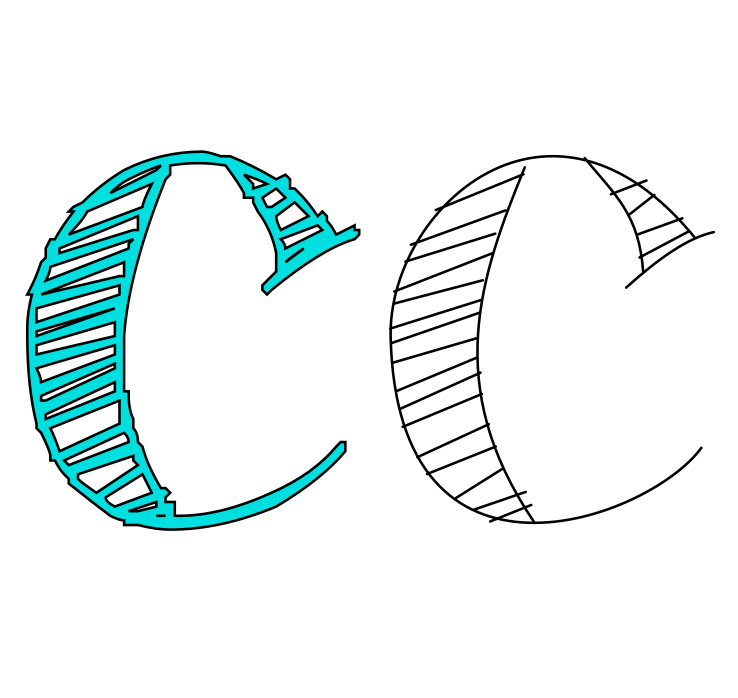 I previousely gave you the Cutlings Singularis, Dualis and Pluralis single line SVG font with the corresponding TTF lookalike single line fonts. I realized that on close up, the TTF fonts was not as good as the original svg single line font so I had to do some optimizing. The download link in the original post is updated with the optimized version 2 of the TTF fonts. I give you my lessons learned on how to convert a (single line) SVG font to TTF (the latter steps will apply to outline fonts too).

Why TTF in addition to SVG-font?

My main goal is to have true single line fonts as SVG, but it is beneficial to have the corresponding TTF font. I’ll give you two reasons:

From single line to outline

How to make an outline font that looks like your true single line SVG font created in Inkscape wiht the Custom Stroke Font extension:

What I did wrong

My first attempt to convert from SVG to TTF had some issues with the accuracy in addition to the fact that I had failed verifying that the stroke style of the single line font was consistent (see image below). I’m not fully certain which step of this fix is the most important, but I will give the list of my steps to get a good result and I believe most of the steps are partly involved with the success.

TTF fonts will round all coordinates to integers and then the glyphs have to be large enough so that the rounding do not affect the visual. It seems that OTF can handle decimals, but I did not test that.
You can create the template with 1000 as glyph size or you could also fix it in FontForge if you already have worked on your template.

From SVG to TTF with FontForge

These steps are partly found in the handbook on FontForge. I still had some warnings when generating the font after following the steps, but the fonts looked like expected when tested so I accepted the warnings. (If you are going to do this many times I would recommend a script to automate the process.)