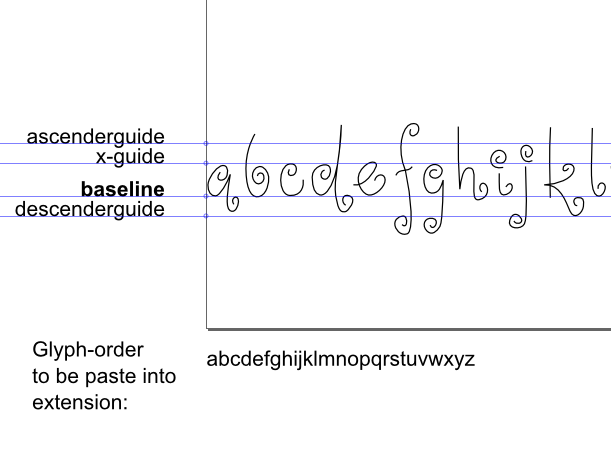 Updated 16.08.2020: Please visit this post for an update for newer and better ways to create your fonts with Inkscape.

I previously posted a simplified solution for using Inkscape to paste multiple svg paths into svg glyphs to create an svg font which again could be converted to an ttf font using FontForge. I have sofisticated this process (pretty much I’d say) and here comes the new recipe. It still has some issues to work out, but I find it presentable now. Thanks to cleversomeday getting me started by showing that it was possible to create fonts with Inkscape and for being an active test-user so that I am able to discover bugs to fix.
So – we start with the svg file fontStarter. This file already have some example paths. Play with these or remove them to put your own paths in. The example paths show a single line font, but this extension would work also for more “normal” outline fonts. 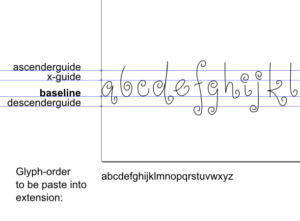 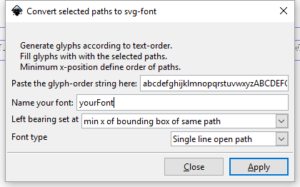 To verify that the extension did its job and that you have followed all the steps correctly:

Now save the svg-file and open it in the newest version of FontForge. 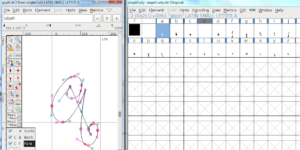 Here I have installed the font. And written in Inkscape. It is a single line font so it looks weird until I open the paths. First line is text filled, no stroke. Second line is text, no filling, stroke. Third line is text converted to paths, ungrouped and reopened by reopenSingleLineFont 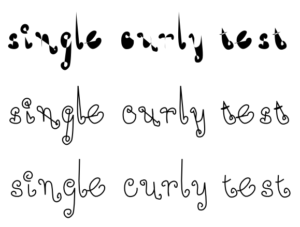 15 thoughts on “Extension to simplify font-creating with Inkscape”